Social media continues to evolve year after year. Each year there are new social media platforms, new features and tools, and new ways to reach your potential consumers.

What will 2013 hold for social media? Let’s explore.

Social media has evolved exponentially since its first arrival to our fingertips. In a social media continuum of evolution, its power is misunderstood by a majority of users. Capturing the world by storm, the social media phenomenon continues to gain audience attention and brand awareness while spending a fraction of the marketing budget.

Gaining a fierce reputation as the  force that is changing the way we communicate as a  human race, IMEG has decided to dedicate this blog to sharing a variety of insights and foresight into what changes and evolution will surround the social media market in the coming years.

Statistics and analytics show predicted 2013 trends are gear to continue in an upward pattern. Will this prediction be true? Mobile becomes stronger coupled with the social component. Mobile apps would be a necessity and every business will have to have it like they once had websites. But the integration of mobile with social would mean a deeper level of integration where you could also see virtual trial rooms on your mobile screen for example.
IMEG Mobile Marketing
Responsive Design Website

Social, local and mobile (SoLoMo), a terminology that has been harped by everyone in 2012 but in 2013 it will find stronger feet. Facebook will take a load of consumer data and merge that with local and mobile. For example, a retailer would or can find interesting ways to serve you since you drive a certain segment of car and live in the nearby locality. The addressing would be again innovative.
IMEG Local Listings Correction (Contact us for a free ‘Listings Audit) 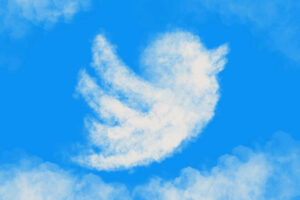 Will Twitter keep growing?
Will we pay attention to the way social media is affecting our real lives?
Will social media lose its magic?
Will there be a breakout social media site in 2013?

Forbes.com answers these four commonly asked questions predicting the forecast for the 2013 social media world in Four Big Questions (and Predictions) for Social Media in 2013.

It’s December 31st, which means that it’s that time of year. Predictions! While 2012 was an exciting year for social media, IMEG found it challenging to look back and characterize it. Was it the year of the mobile app services? The year of the pinboard? Pinterest was certainly one of the big stories of 2012. Or was it Instagram? The revolutionizing media tool that changed the way we share photos.

According to FacebookInside.com, 2012 was the biggest year for social media to date. Brands were all-in, campaigns were bigger and better, and more social platforms divided the pie, including Instagram, Pinterest and Google+.

However, if we take into account Gartner’s technology hype cycle,* we spent most of 2012 eating from a “trough of disillusionment.” The Facebook IPO defined inflated expectations, which drove us (and the state of California) to the trough. But Facebook was not alone — disappointing financial news from Groupon, Zynga and others also dominated the news in 2012.

As expectations and priorities readjust, the continued growth in a growing number of social media platforms has set a new stage for social media growth as we start the gradual climb up the social “slope of enlightenment.” 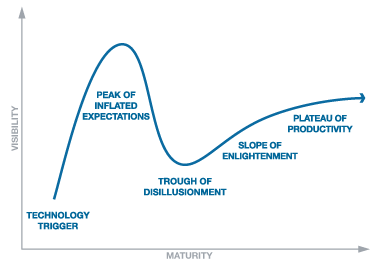 With 2013 around the corner, we’ve made some predictions, rooted in our experience of working with hundreds of brands and leading social platforms. 2013 will be all about social integration and social business.

Whether these trends will come to light is something we will have to wait and watch for in 2013 but meanwhile let us know what do you think about these trends. Are you looking to set Social Media Goals for 2013 Contact IMEG today for a free consultation.